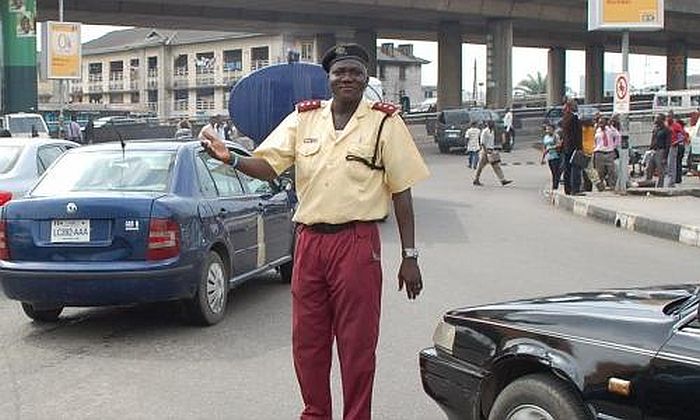 An official of the Lagos State Traffic Management Authority ignited the wrath of residents of Lagos after he seized the phone of a lady who tried recording an alleged illegal activity/extortion he was reportedly carrying out.

Twitter user @MrMan who shared the video said the incident occurred at Alagomeji busstop and the traffic official allegedly ended up destroying the lady’s phone. 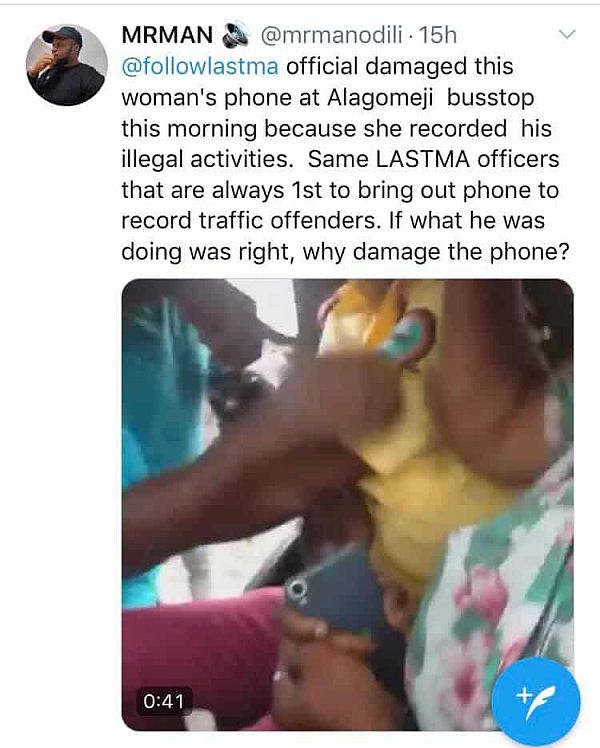 Watch the video below:-